Within that cybersecurity tutorial, we might very well walk you through all fundamental concepts needed to get started on the cybersecurity journey. Because today's modern society revolves around technologies and online life, we are more vulnerable to cyber attacks than it has ever been. Cybercrime poses a significant threat to people and organizations, potentially resulting in significant financial loss. Cyber attacks are becoming more common, and the globe is going to turn to cybersecurity to safeguard valuable data. In this blog post we are going to discuss the key aspects of cyber security, applications, difference between ethical hacking and cyber security, briefing about the history, why we need cyber security etc in an elaborate manner.

What is cyber security?

Cybersecurity is a method of defending a network, computers, and other electronic devices against cybercriminals. Malicious attackers deactivate, adjust, or leak sensitive information, posing a significant risk to a company or an individual.

Cybersecurity serves to maintain information out of the hands of attackers by data integrity, anonymity, and accessibility (ICA).

Cybersecurity is divided into the following subfields: 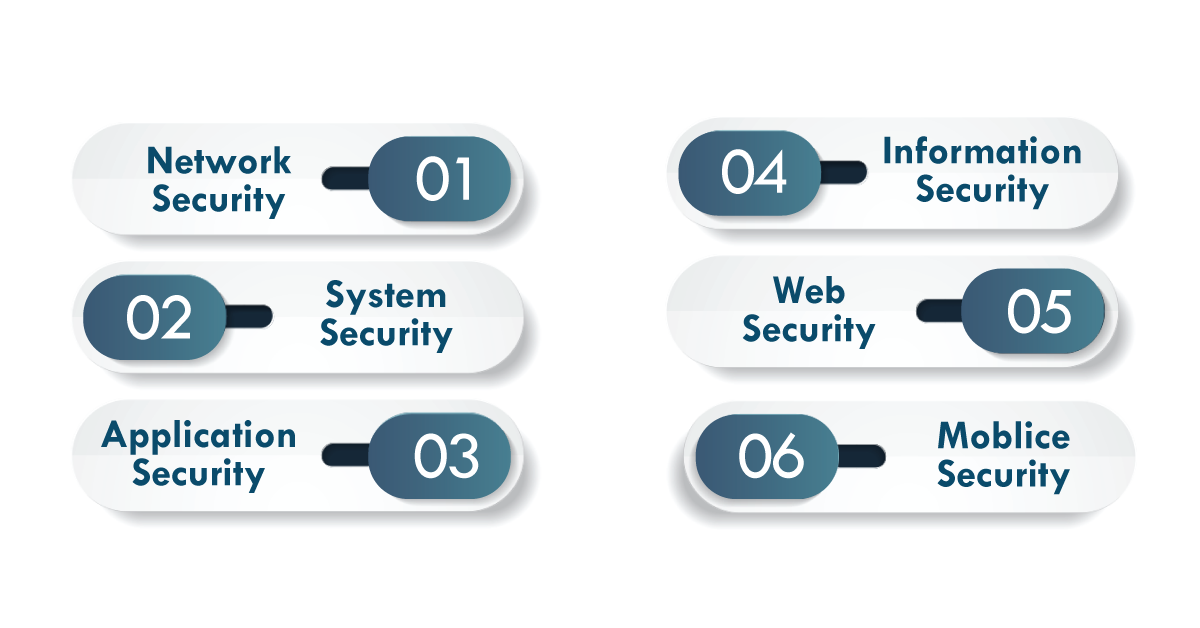 A network plan is a process of rules and setups that are used to protect network traffic as well as data. They keep track of wireless networks to avoid data theft.

Protect the system and operating system from malicious intrusion, modification, and viruses.

This prevents the application from being hacked.

All wireless computing devices, such as smartphones, tablets, and laptops, are protected.

In 1972, ARPANET hosted a research project on cybersecurity.

Bob Thomas, a researcher, created the first computer virus, which he named "Creeper." The Creeper moved across the network, leaving a trail of destruction in its wake. It carried the message "I'M THE CREEPER: CATCH ME IF YOU CAN" wherever it went.

Ray Tomlinson, the inventor of email, developed the first antivirus program, dubbed "Reaper." Reaper would follow the creeper's trail and delete it. When the world went online in the late 1990s, computer viruses went from being a harmless academic prank to a serious threat.

The cost of cybersecurity breaches is increasing rapidly, triggering companies to suffer significant financial losses. The global average cost of a data breach in 2019 is $3.92 million, a 1.5 percent increase from the previous year's survey.

Attackers have grown in the complexity of their attacks by employing smart tactics, posing a significant challenge for organizations to maintain adequate security.

What can we do with cyber security?

Cybersecurity enables us to safeguard our network and system resources, which contain critical business information. This is accomplished by enhancing data confidentiality, integrity, and availability.

The various cybersecurity techniques assist us in securing information and minimizing the possibility of entry barriers, helping the firm to be financially viable.

How does Cyber Security make work so much easier?

Cybersecurity simplifies our day-to-day work by ensuring that resources are available in the network when needed.

A minor flaw can have far-reaching consequences for the company's resources and reputation.

Business losses as a result of security breaches:

Even the most well-known corporations in the world have suffered catastrophic losses as a result of data breaches.

Adobe was the victim of a massive data breach in 2013, which compromised the credit card information of 3 million customers. Hackers accessed encrypted client login information, according to the company. The company was required to pay a legal fee of $1.1 million for the disclosing of customer records.

Cybercrime can be motivated by any of the following:

Cybercriminals and their various subtypes:

Cybercriminals are attackers motivated by the desire to commit malicious activity on a network. They are classified as follows:

There are several types of cyberattacks:

Cyber attacks are classified into two types based on the motivation of the attacker.

The following are the various methods used by cybercriminals to breach security:

Malware is classified into the following types:

2. SQL injection: SQL injection executes Structured Query Language code in a website's database to access sensitive data such as private customer details.
3. Phishing: A method used by cybercriminals to steal user data such as login credentials and credit card numbers by impersonating a trusted party. It is easily activated via email or text message.
4. A man-in-the-middle attack: The MitM attack is an eavesdropping attack in which an unauthorized third party secretly intercepts two parties' communication.
5. Denial-of-service attack: The attacker reduces the size of all messages sent to a specific destination. This is accomplished by disrupting an entire network or overloading it with messages in order to degrade performance.
6. scareware: The assailant scares the consumer into buying an antivirus program. Once configured by the information system, it begins to display messages on the screen indicating that your system is under attack, causing the victim to panic. Then it directs the victim to a bogus website where they can purchase anti-virus software.
7. Keylogger: Keylogger is a piece of software that downloads a log of all of the system's keystrokes. It will be sent to the hacker's desktop in order to gain access to confidential material such as user ids and passwords. 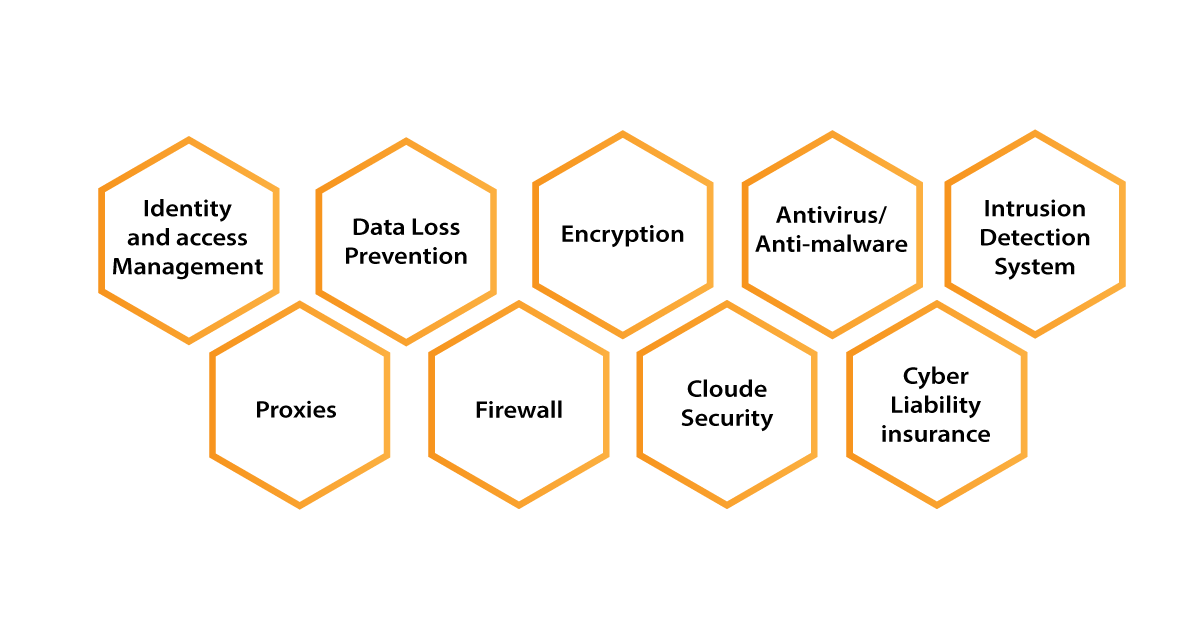 Introducing Automation and Cybersecurity Together:

Only a few automation tools are currently in use. Automated systems that really can advantage a company's security include robotic process automation (RPA), security orchestration automation and response (SOAR), and security incident and event management (SIEM). 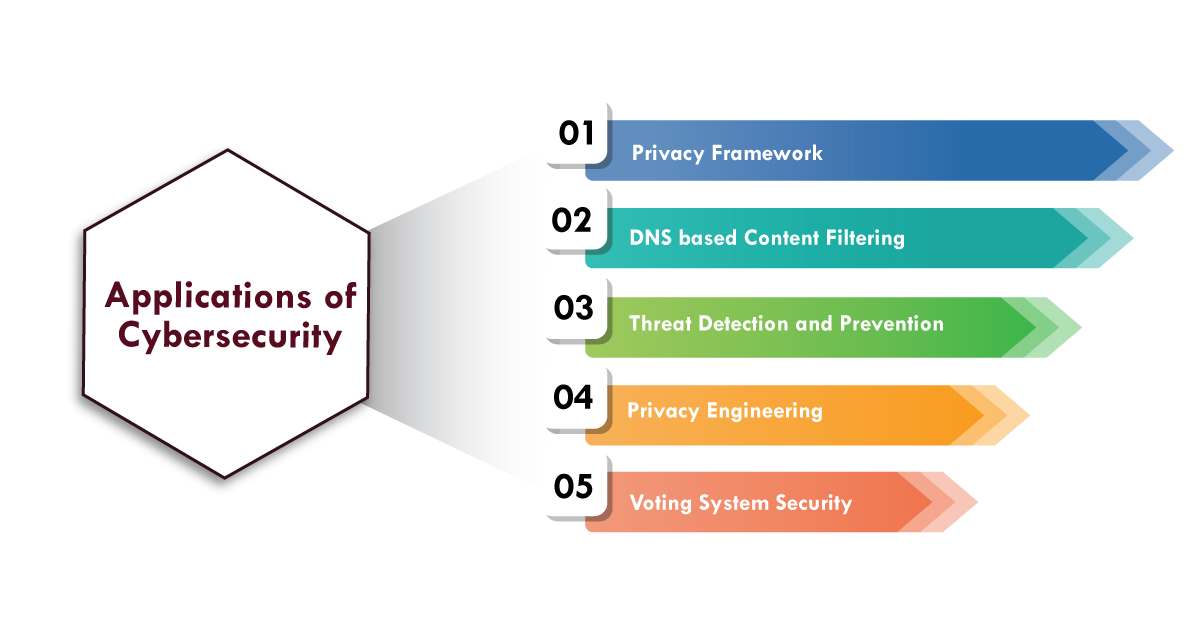 In the above blog post, I had covered all the important concepts related to the cybersecurity types of cyber security, and how it helps organizations to secure their sensitive data from the hackers. Had any doubts drop your queries in the comments section.